And the winners are...

Hey, everybody! We're excited to announce the winners of our trophy/achievement-naming contest. We had thousands of entries from folks all over; so much that it took a lot of time to review everything! There were so many super creative ideas – it was great. Thank you all so much! So without further ado, I present our winners: 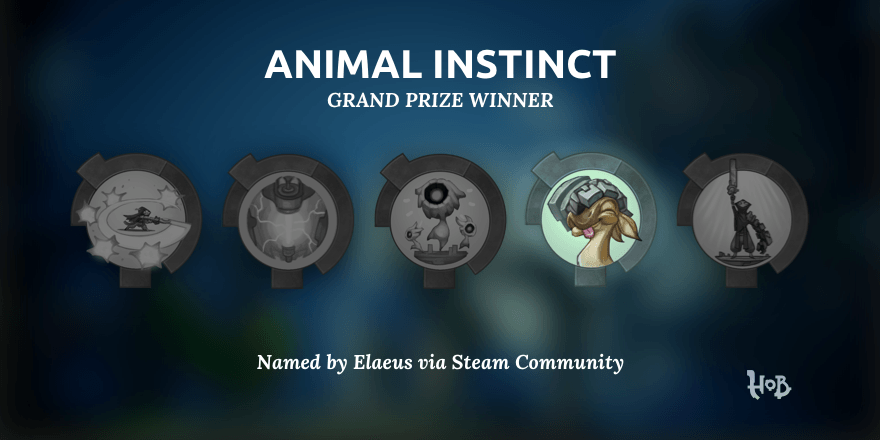 Receives: trophy/achievement name to be used in Hob, a credit in the game, a free copy of Hob, a Hero Pinny Arcade Pin, all three posters in the "Make It Home" series, and a Hob Baseball Cap

Receives: a free copy of Hob, all three posters in the "Make It Home" series, a Hero Pinny Arcade Pin, and a Hob Baseball Cap

Receives: one of the three "Make It Home" posters, a Hob Baseball Cap, and a Hero Patch

Note: This prize was previously awarded in error.

Receives: one of the three "Make It Home" posters, and a Hero Patch 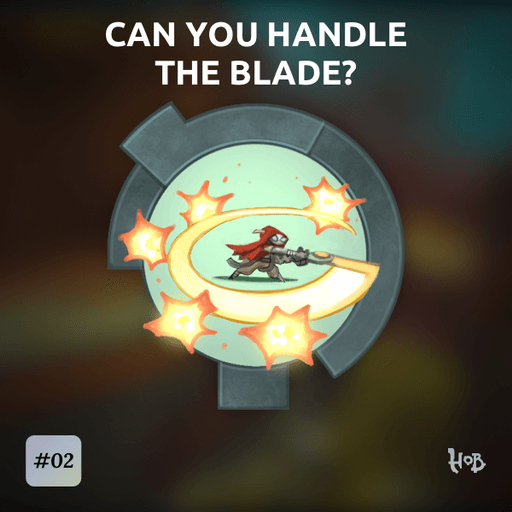 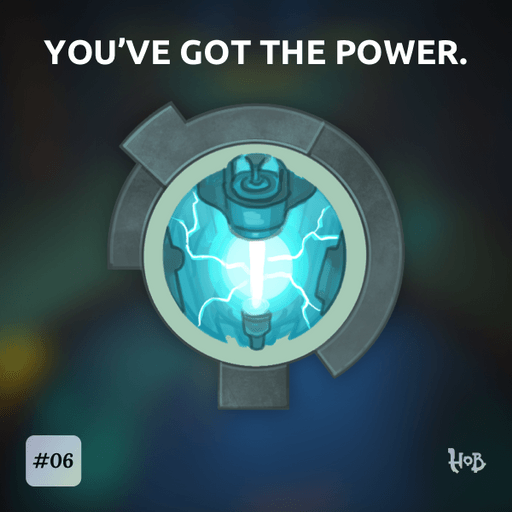 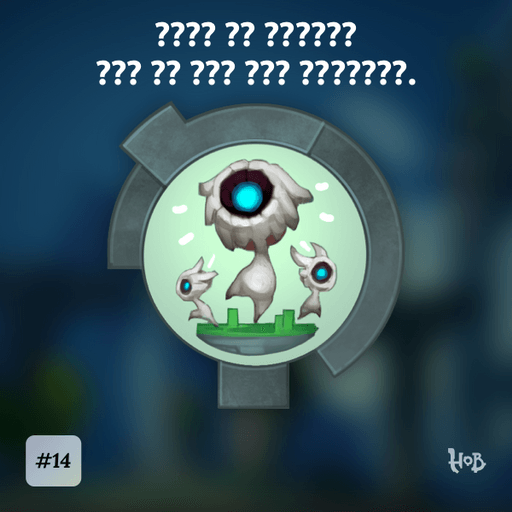 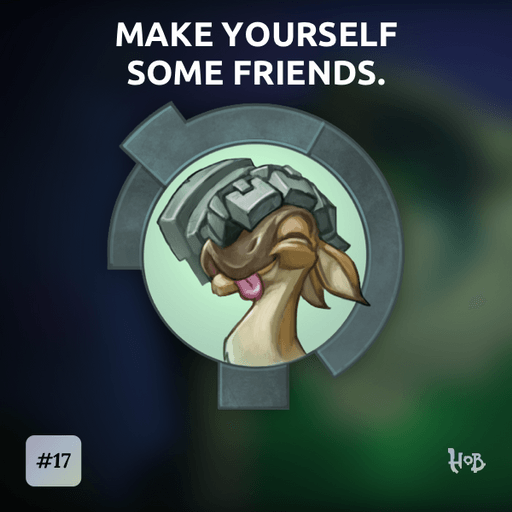 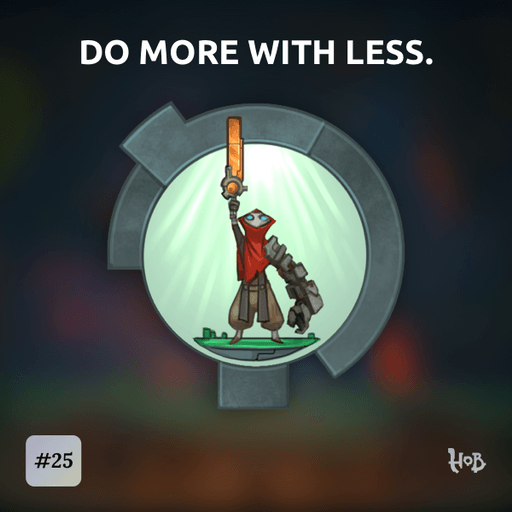 So many amazing entries made it diffucult to pick winners, so we want to highlight a short list of our favorites:

Congrats to our winners and thanks again to everyone who submitted a suggestion. Hob will be coming out on September 26th. Pre-orer on PS4, Steam and GOG today!! :)