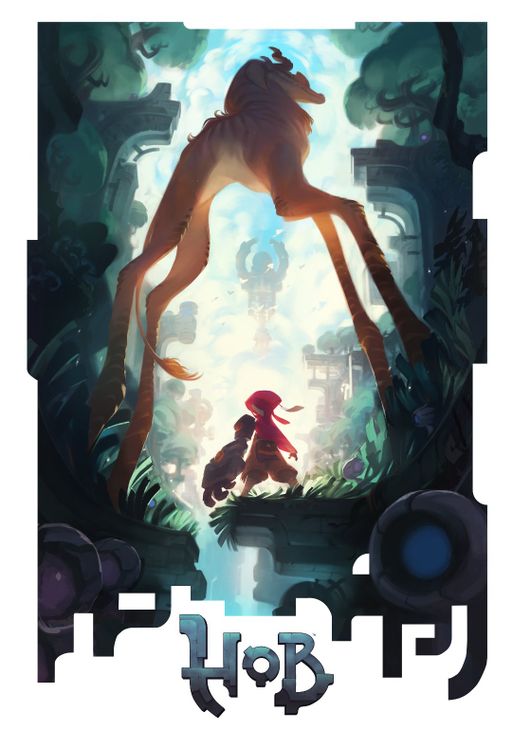 Today we're showcasing the work of artist Nicholas Kole (Behance, Artstation, Instagram), the designer behind one of our three "Make it Home" posters. Read on for more.

Nicholas Kole is the son of two mimes. He is a wandering freelancer, illustrator, comic artist and character designer, given to bouts of song and silly voices. With his iPad Pro in a backpack, he's spent the last year working on the road from Rhode Island to Tokyo to Vancouver. From his various coffee shop homes he draws dragons and wizards for companies like Disney, Hasbro, Warner Brothers, Riot, Dark Horse Comics, EA Games and the Flight Anthology. In between adventures he takes occasional breaks to write stories of his own and to sit under trees looking wistful.

My process is always about going broad and vague, trying to work through as many design questions as I can in the initial stages before making it crisp and shiny at the end. The kickoff involves me getting as much reference as I can handle stuffed into my mind at once. With this Hob poster, I picked [Runic's Senior Concept Artist] Kristina's brain a bunch before I dove in, trying to get an idea of the look and feel, and which aspects of the game and the Forest location were important to her and to the team. It seemed like a sense of wonder and the ache to go explore were key to the feeling we were shooting for. I even asked for some of the game's music to help me get into the zone (it totally worked- it was wonderful) then worked up a series of loose thumbnails.

After that, we chose the one that prominently featured the Stilthorse. I had my doubts at first. I wasn't sure I could balance that composition and angle on the creature as easily as some of the others, but I think it worked!

From there, loose washes of color and texture help to get at the vision for look and feel, and I think with a good art director we can answer most of the foreseeable questions by this stage. After that, it's a pretty relaxing process of bringing the detail up as we try and stuff the piece full of as many elements and nods to the critters and shapes of the world of Hob as we can. The music really grounded me and helped me imagine what it would be like to be the player character, poised on the verge of exploration; that sense of awe. In the final piece I really wanted to hit that sense of adventure as well as mystery. I think it's more important to make someone feel something they'll remember than to impress them with slick rendering. Hopefully that comes through in the finished work! 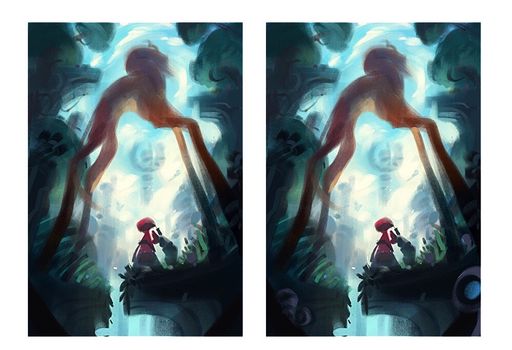 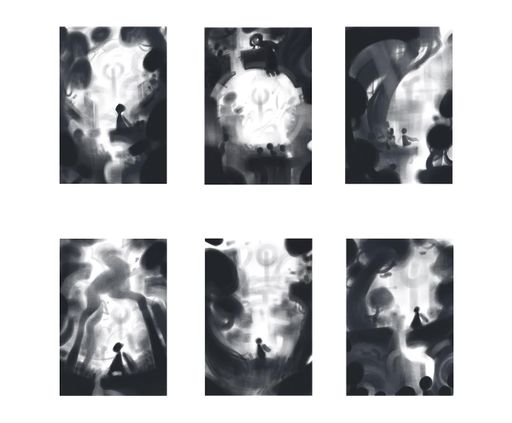 Thanks again to Nick Southam, Tim Kaminski and Nicholas Kole for their fantastic work on these posters. And don't for get to come get yours at PAX East, booth 18120!