When we started talking about ideas for Hob, the biggest aspect that kept coming up was the world itself needed to be center stage for both gameplay and story. The main goal was for it to be something more unique, and engaging in interesting ways for the player to interact with it. Those core goals are what drove the idea of a world disheveled like a Rubik’s cube. It’s not complete, and the player needs to help fix it. It was proposed that we not only build the world around the player being able to move and transform large areas, but to also make those transformations a major part of the narrative. What that narrative is, however, is a secret for the player to discover. 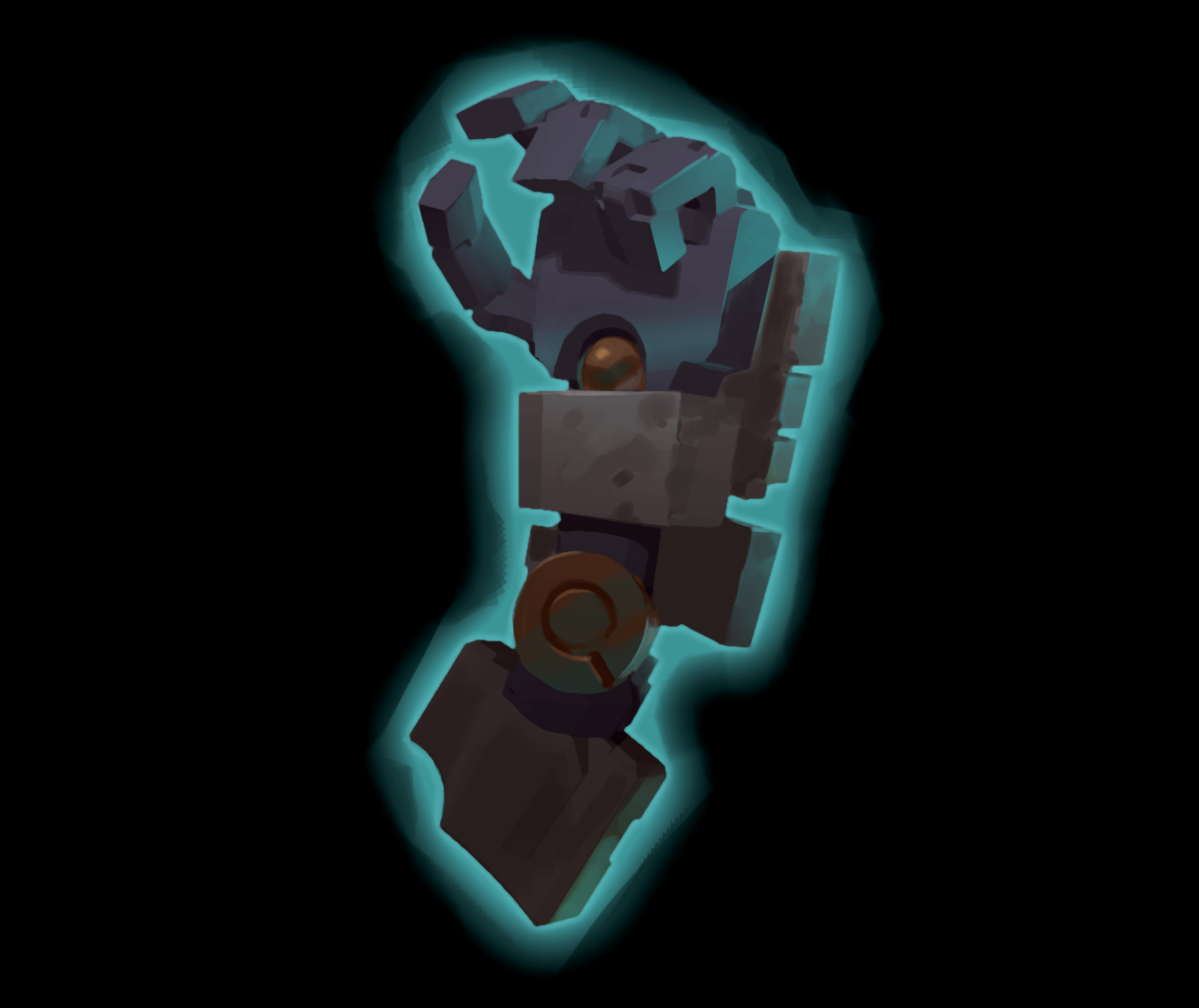 After we had a grasp on the world, we then needed to build tools for the player to interact and fix the broken world. That’s when the player’s utility glove was born. Early on in the game the player acquires a glove that can be upgraded to be multi-function. The glove has several multi-purpose tools. They serve the player for navigation, puzzles, and combat. Once we decided what glove abilities we wanted, we shifted focus over to supporting it in the world space.

We delved deeper into what that meant gameplay wise, development wise, and tech wise. It started to sound like a crazy man’s fever dreams. Speaking as a level designer, the amount of work to design and build a space that transforms, sometimes multiple times into different configurations, each of which need to be fun and support various gameplay, was crazy and terrifying. I kept thinking, "What are we getting ourselves into?" It was nuts. If we could pull it off though, it could be amazing. 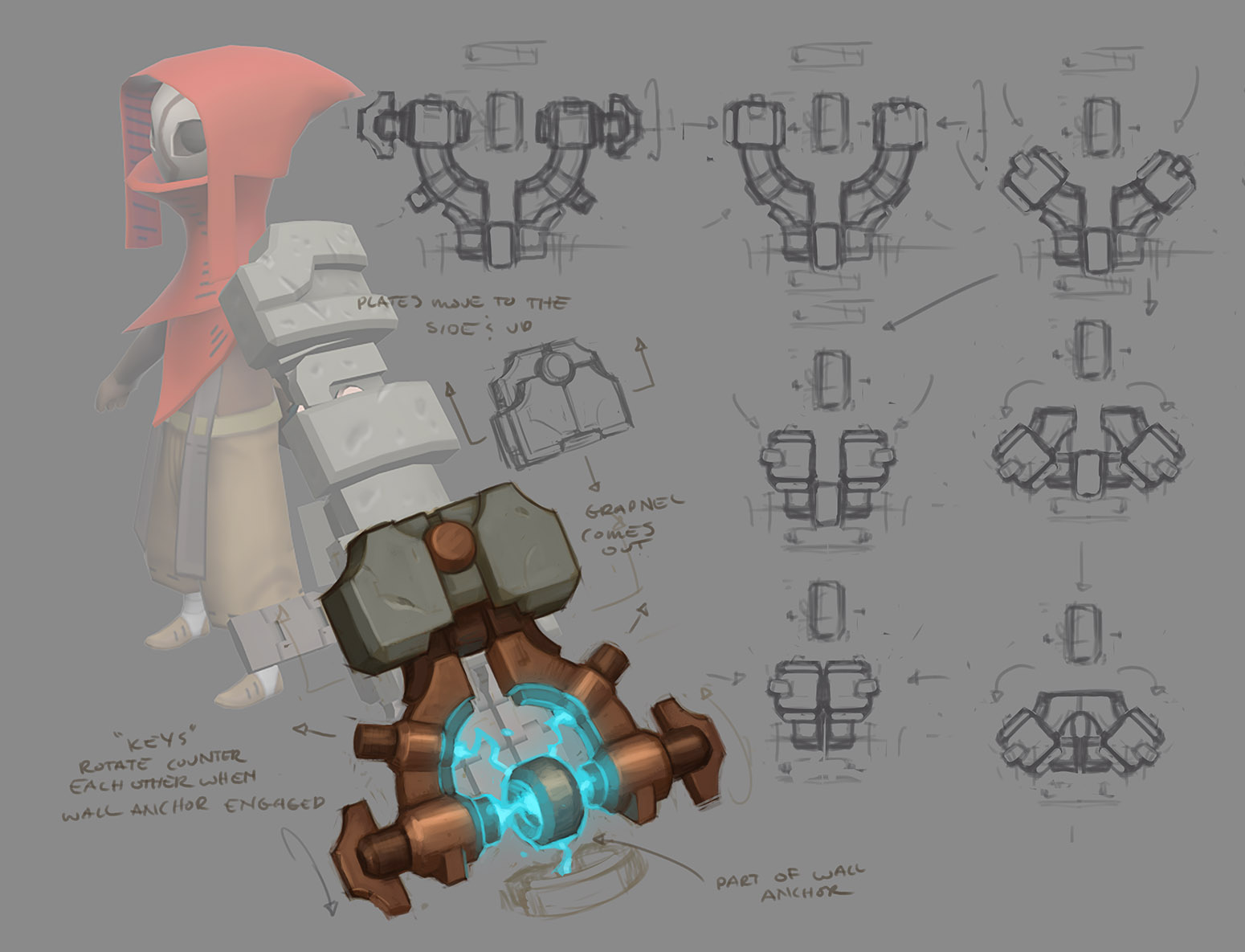 As we started actually building towards that vision, I began to see the big picture possibilities. That is when things really got exciting. This was still a crazy plan, but now we were committed to making something crazy and very special!

I’ve always enjoyed games that encourage the player to explore and allow the player to venture off the main path and make them question if they are where they should be only to find out they are, and reward them for it. My rule when playing games is that if I know a certain direction is the main path, I instantly go explore elsewhere first in hopes of being rewarded for it, and it’s extremely satisfying when you are.

In Hob, we do not put you on the yellow brick road and lead you by the hand. In fact, we try to get you off that yellow brick road so you can find the non-obvious back door that’s half hidden by overgrown weeds, leading you in a roundabout way to your goal. Then we take it a step further and allow you to unlock the front door from the inside, creating a shortcut back out. That type of rewarding exploration is our goal with Hob.

Puzzles big and small are scattered across the world. The world is broken, and the player has several tools to navigate and fix it. For instance, the player acquires an ability that allows them to use their glove as a grappling hook between points in the world to get to areas they could not reach otherwise. The same ability lets a player grab and pull objects around an area, to-and-from points that they might not be able to reach.

Another ability allows players to punch through walls creating shortcuts, and breaking apart tall pillars to create shortcut ladders. Each interactable has a telltale visual cue so that players will learn them and be able to identify them elsewhere. The player will often reach areas before they have all the abilities needed to find everything, so previously explored area will gain new surprises as the player acquires new abilities later on.

The most challenging aspect of building the levels has been the world shifting. Each space requires more thought and consideration. We have to plan around the powers the player will have for that area, the new ideas we are introducing, and the new abilities the player will have when they return to the area later in the game.

Some spaces rearrange once to solve a particular problem. In other spaces, the player can toggle levels back and forth as part of a greater puzzle, with each variation offering something different. Imagine being able to run freely across a large land mass while it is in the middle of transforming. Those moments are a special, memorable part of Hob’s gameplay.

Designing for Hob has been a great experience so far. In the beginning of the project, I thought we were crazy to be so ambitious with so many unique gameplay elements and compound level design. Looking at the game today, it is all falling into place. It is clear that Hob is something unique, and really, really fun. All of the hard work will be worth it. 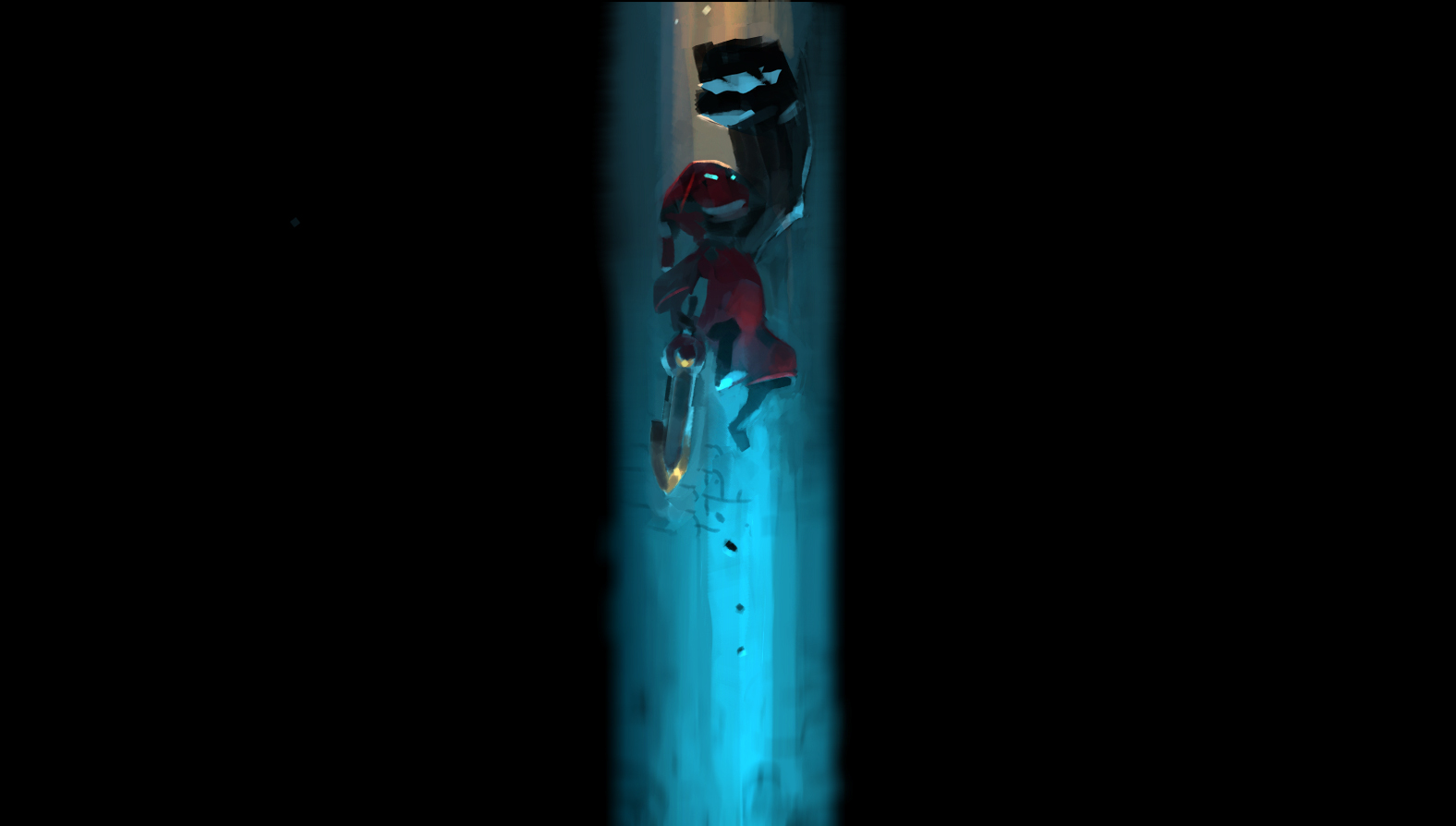