This week, we'll be sitting down with Character Artist Jeremy Miller to find out what he does at Runic, and hear about his experiences getting into the industry. —Brian Ward 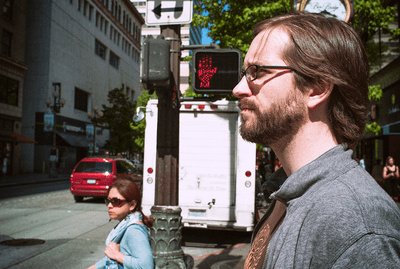 What do you do at Runic Games?

I'm the lead character artist here. At this studio, that means something a little bit different than what it's meant at other studios I've worked at. I'm currently the only character artist on staff, so I'm not actually doing any leading, but I make up for that by trying to set a good example for myself. If I come in late, I give myself a stern talking to and hopefully I learn my lesson.

All the characters that come down the pipe to be built go through my hands, so I get to have more input on the characters as a whole than I've ever had at a studio. Usually, you have several artists on staff doing that job, which means eventually, you end up seeing some of the really cool stuff go to your friends and you think, "No, I wanted to make that!"

It's a nice change of pace not having to fight for dibs.

Tell us about your background.

I'm from the corn and soybean seas of Illinois and I went to art school at CCAD in Columbus, Ohio. So far, my career has taken me to: Texas, Virginia, Massachusetts, and now Washington.

I always wanted to be an artist of some kind, but it took until towards the end of high school to know that I wanted to do something in games. Narrowing a career goal down to one field was a huge help in planning for college, but even once there, I was still trying to figure out what my strengths were, and what roles within the industry were available. How those two matched up focused my options for me the rest of the way.

Just finding out about which disciplines existed in the industry was difficult though. At that time, the Internet was fairly new to me. I hadn't had easy access until I was in school where there were computer labs to camp out in. Going from a 28.8k dialup connection to broadband, was absolutely amazing. Even still, it took me an embarrassingly long time to be able to effectively use it as a tool. That was a massive step: Just figuring out how to find info on an industry that seemed really secretive.

At the time, game industry information seemed hard to come by, or at least maybe I just wasn't looking in the right places. I found out about concept art and character art and so on, and the other art roles in the industry. Initially, I'd wanted to be a concept artist, but my strengths turned out to be more in the 3D department: 3D modeling, sculpture and texturing. I just found it to be extremely fun and rewarding.

Often, your strongest skills are the things you enjoy the most. The two reinforce each other: You spend your time doing what you enjoy, end up getting better at it, which makes it more enjoyable, and so on.

Did you learn about 3D software in school?

Yeah, CCAD used Maya. I'd previously used a really janky 3D modeling and rendering program I'd found with my dial-up connection at home.

Not even Blender. It was a freeware program called Mechanisto. It was just very, very primitive compared to today's standards. Actually, I think it was based all on primitives—at least the way I was using it—you would intersect basic geometry and build things that way.

My first modding project was for an awesome old Mac game called Escape Velocity. I made a few playable ships using several tools people in the community had made specifically to mod that game. One was a cooked turkey you could pilot around.

I'd played around with various other 3D software packages a little, but I'd say I didn't really start learning 3D until Maya. It turns out most of the industry at that time was using 3ds Max, so right out of graduation I had to scramble to learn that for my first art test.

Why do you think it is that in school they tend to teach Maya while the industry uses Max?

CCAD was a little more film-based. I'm not positive about this, but my understanding is that Maya is more broadly used in the film and broadcast industry—at least at that time. I think that was probably their rationale for teaching it. All the 3D classes were primarily aimed towards animation for film. Now, I get the sense the game industry is actually flipping more towards Maya.

I sent my portfolio to pretty much any studio I could find online, and managed to get an art test—and eventually a job—at TimeGate Studios in Texas. After that, I worked at Mythic Entertainment in Virginia, then Tencent Boston, a short stint at Turbine, and now Runic.

Arkham from the forums asked: Do you have any favorite type of character art reference (e.g. anatomy books, photographs, concept art) that you prefer over others?

Google image search is an artist's best friend. Pinterest is also an amazing resource. There are amazing artists who have collected just huge encyclopedic galleries of specific reference. Say, if you need to know what the inside of an elbow is supposed to look like, somebody probably has an entire gallery of just elbows already put together. Probably even categorized between Male and Female, age, etc. It's gotten incredibly easy to find that stuff and have it right at your fingertips. We're very damn lucky to have the Internet.

For anatomy reference, you want actual photographs instead of other people's concept work. You want raw components instead of what another artist has done with them. You don't want to possibly repeat a mistake that someone else may have made if you're going for accuracy, and you don't want to accidentally end up lifting something from another artist's work. Hopefully when that happens, it's at least an intentional decision.

For specific books, there are plenty of great ones out there. One that was extremely helpful for me is Dynamic Wrinkles and Drapery by Burne Hogarth. The way clothes interact with the body is something we didn't study in school that I wish we had. Pinterest is fantastic for cloth wrinkle reference, but Hogarth did a great job explaining the "why" of what you're seeing with different types of wrinkles.

Do you admire any particular artists, or types of art?

More and more these days, I'm drawn to sculpture work. Like real media sculpture work. There's a Japanese sculptor who's a legend in the model kit industry. His name is Takayuki Takeya. You see his influence all over the place in creature design circles. The design aesthetic in Warframe is like a Takeya love letter for instance.

There's a guy named Simon Lee who's well known in the same circles—a really prolific real-media sculptor. There are so many amazing sculptors working today; too many to keep track of.

While you were starting out, did you interact with any online communities?

Yeah, that was one of my "aha!" moments on how to use the Internet properly. I found 3DTotal when I was in school and they had a contest, some kind of figure modeling contest, that I tried to enter. I didn't finish anything for it, but it was enough inspiration to hunker down and learn how to use the software in a specific way; to set a common goal to work towards.

I see that as one of the most important tools on the Internet for artists. Having access to other artists on forums, but also contests where everyone's working towards their version of some specific theme. It gives you enough of a framework of rules to have something to shoot for, but enough leeway for creativity. It's just incredibly inspiring to see what other people grow from the same seeds you were given. You can learn from other people technique-wise, and be inspired by vastly different thought processes.

I joke that if I could redo college again, I would probably just sit in front of a computer contributing to art forums for four years instead of going to school. At some point, that won't be a joke, but a very real decision artists will have to make. There's so much free information out there and so many people online willing to help you learn. On top of that, there are plenty of completely digital paid learning paths already out there. I don't think it's quite ready to replace a full traditional art education just yet, but I think the point where it does is getting closer and closer. 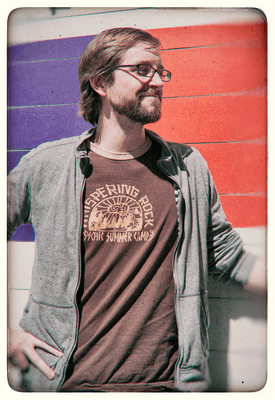 What games do you play?

I played and loved most of the classics over the years on most of the major consoles, and was a huge fan of point and click adventure games and space sims on PC. These days, I find myself drawn more and more to retro and independent games due to nostalgia, and the weird/unique experiences you can find.

Some all-time favorites are Shadow of the Colossus and Journey, which in my opinion are two of the best examples of games as "art" available. Katamari Damacy is hands down one of the most brilliant games ever created. Nostalgia/game mechanics favorites would be Flashback, Bionic Commando, and Ninja Five-O. Last game completed was Demon's Souls just recently, and the current office multiplayer game is Battlefield 4.

What would be your one piece of advice to someone who aspires to be a game developer?

I would say, figure out what you want to do within the industry, then try to narrow your goals enough to make working towards them easier. It's natural to have broad interests, but generally speaking, specialization is what gets your foot in the door.

This article is part of a series of Q&A sessions with the Runic dev team. Be sure to check out our previous installment — an interview with Jesse Tucker.