Every other week until E3, Runic Games is giving you a glimpse of the awesomeness that is Torchlight II! Last time around, we showed you some of the strange and wondrous races you will encounter in your adventures.

This week we are excited to bring you a sneak peek into the music of Torchlight II! We reveal the Torchlight II theme track, photos and a video of recording live in Slovakia, and a Q & A with composer Matt Uelmen and CEO Max Schaefer. Enjoy!

Q & A with Matt Uelmen and Max Schaefer

Tell us how the scope for composing for Torchlight II differs from the original; it's a much bigger game; how did that affect your vision for the music?

Matt: It is much bigger than TL. The game has multiple towns, dozens of dungeons, and a ton of open explorable space, with some strong cultural references, especially in the middle third of the game. All of that makes different demands on what the score should do. On top of that, I am really hoping to have some randomization and calibration to day/night cycles in the music for the various NPC hubs, which also has its own set of demands. Generally, it is much more like the work I did in Diablo II and Burning Crusade, in that I am trying to emphasize a sense of progress and travel as the backgrounds change. There was some of this in Diablo, Lord of Destruction and Torchlight, but it wasn't a primary focus of the soundtracks. 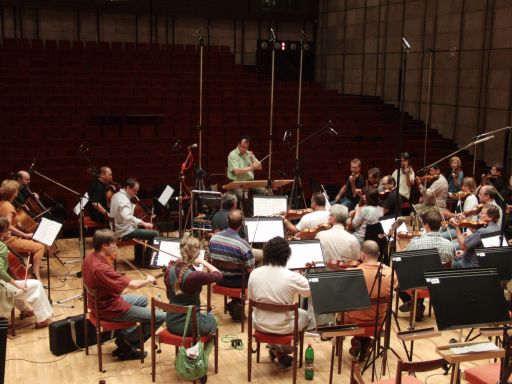 How did Matt Uelmen talk you into a live symphony recording: Was that always planned? Or did he have to convince you?

Max: It was a mutual decision. We had actually done this a long time ago for the Diablo II: Lord of Destruction expansion pack, when Matt and I were at Blizzard North. Same symphony, same conductor. It was such a positive experience back then that we'd been waiting for a good opportunity to do it again, and this was the perfect chance. 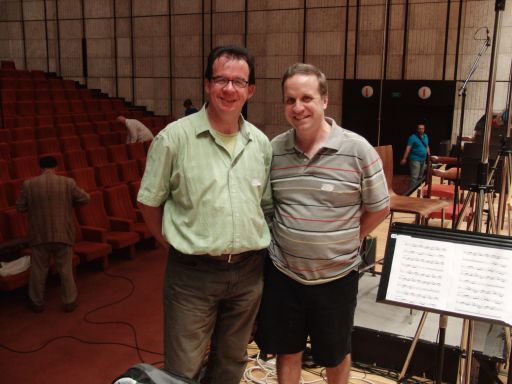 Why Slovakia? Tell us about that experience. Any anecdotes about the area?

Matt: A small team like Runic doesn't have the option of spending hundreds of thousands recording in a place like Los Angeles or London, so the economics are very friendly, even if the dollar is much weaker than the first time I recorded there a decade ago. That being said, Studio One is one of the best rooms in the world, and the players and recording gear were better than ever. Bratislava has changed a great deal in the past ten years. On the bright side, the old town area near the river is in wonderful shape, and I finally got to see it in the summer, which is fun and an excellent alternative to Prague. Either the gloomier, dowdier aspects of post-communist life are much less, or they have successfully pushed that kind of thing out of the central city into places tourists would never go. Of course, the dark side of that is that place has much more of the pre-packaged consumer culture you can find anywhere else in the developed world.

Complete this sentence: "A funny thing happened on the way to Bratislava…"

Max: A funny thing happened on the way to Bratislava… when we made the short drive from Vienna, Austria. There is the remnants of what used to be a secure border crossing from before the iron curtain fell. Now it has weeds growing all through the abandoned buildings and cars don't even slow down on the way through. It's nice to see a united Europe peacefully co-existing. And Slovakia is great, with beautiful sights and friendly people. 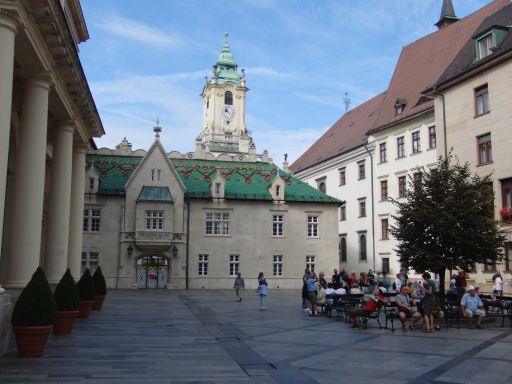 What songs or artists have been getting a lot of love on your iPod (or music maker of choice) lately?

Matt: The easy answer is Marvin Gaye's last few motown works, especially "Here My Dear". That album, in particular, is on a totally unique artistic level, and the only thing more compelling than Marvin's talent was his fearlessness in bringing his personal life to his art.

Describe a typical day in your composing. Do you wait for inspiration to strike? How do you choose what to work on?

Matt: The nice thing about the job is that it really defies too much of a routine. Some days, I'll be making a custom sample instrument out of the orchestral sessions we did, some days will be more about editing live takes, some days will be more about working with stock material like the Vienna library or omnisphere. I don't have the luxury of waiting for inspiration in terms of creating 100 minutes of music while also working on over 50 monsters and things like cinematics and actors, but I have definitely enjoyed the amazing work our artists have done.

We really have made a AAA title in spite of ourselves, and the character and background art can easily go toe-to-toe against even the biggest budget titles in the industry. 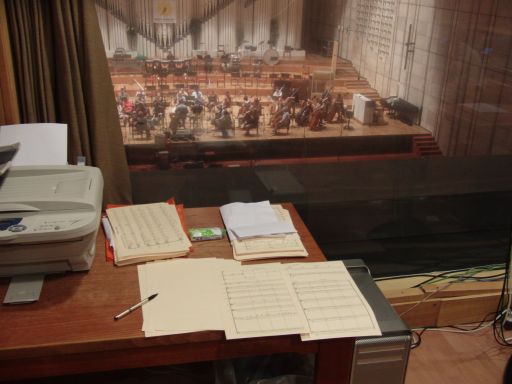 How much does the ongoing development of Torchlight II affect or change the music you've already written?

Matt: It definitely shapes the final nature of tunes - the pacing of the game in the big picture is very important, especially in terms of how up-front and beat-heavy the music should be. The current build is funny, in that we have plugged in music from later acts into the opening of the game, so you start out with this gloomy, heavy music in your first time out of town, exploring these pretty green steppes. Avoiding a final game experience like that is a big part of the job, and having the creative control to make sure that placement is done right is a big part of what I love about the Runic experience.

If you could choose, what would the log line to your fan page or Wikipedia page be?

Matt: "There is no remembrance of former things; neither shall there be any remembrance of things that are to come with those that shall come after."

If your kids decide to be career musicians, what advice would you give them?

Matt: Try to marry into money.

What did you hope to do differently or expand on from the Torchlight I soundtrack?

Max: We recorded live music this time with a professional symphony in Bratislava, Slovakia. There's no way to duplicate the sound of a live orchestra, and the sound from our sessions is amazing. 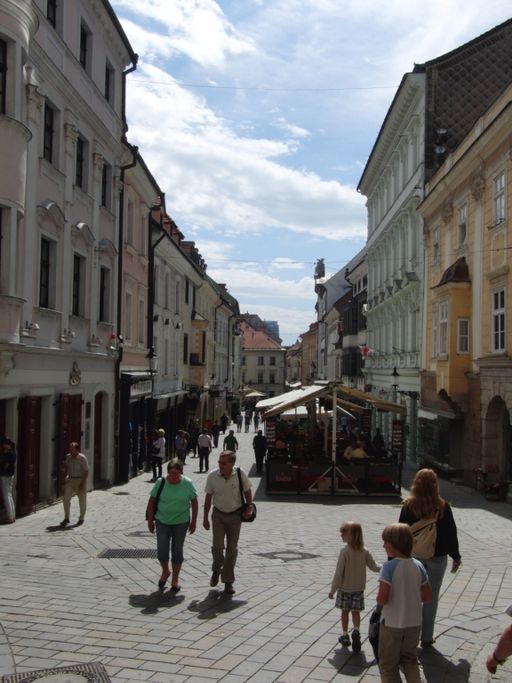 You worked with a live symphony in Slovakia. What was that process like?

Matt: It wasn't quite a full symphony - just a very big string section and big percussion section. It was my third time writing for this group in Bratislava with Kirk Trevor, so there was a little less novelty to it.

Instead of trying to just get a big orchestral sound and do some pastiche-type work with my favorite moments from Wagner, Debussy, et cetera, I was trying to dig into the strings and make something a little more mature and original, though I did use a quartet from Smetana as a basis for the second half of what should be our title theme. As always, even though I had a little bit of very primitive midi previewing in my writing this time, the process is rewarding but very nerve-wracking. As a small studio we face some limitations, but those can also be our strengths. How did this factor into deciding on the scope of the soundtrack for Torchlight II?

Max: As a small studio, we look for good bang for the buck all the time. We can't afford to throw money at everything, so we have to pick and choose where it will make the biggest difference. We think this is a slam-dunk, the music really immerses you into the world. Recording in Slovakia gave us both the talent we needed and the reasonable price point. We can't wait to do it again! 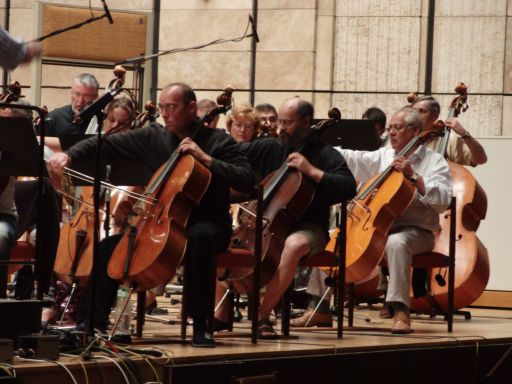 What music from other games inspires you?

Matt: I am sure I will spend my entire career just trying to live up to the high standards and creativity that Blizzard had when I was there. In retrospect, even if that team had its frustrations, the vanilla WoW team was really an all-star group that, in its strengths, had everything you could ever want from game composers. Trying to make music with the spiritual quality of Hayes, the intellectual fiber of Duke, the drive of Stafford, the textures of Bush, will be a challenge that will last a lifetime, and knowing those guys personally and a little bit about the way they made that music is the kind of education money can't buy. 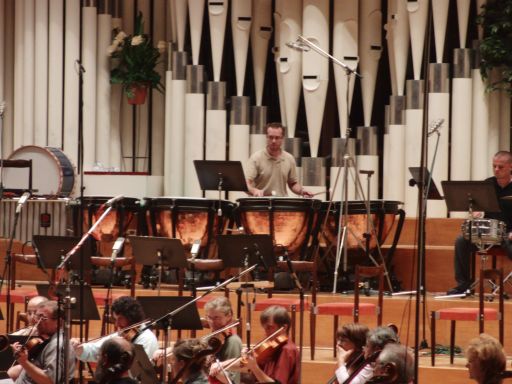 Will the soundtrack be for sale?

Max: Undetermined at this time.

Other than Torchlight, what’s your favorite in-game soundtrack? 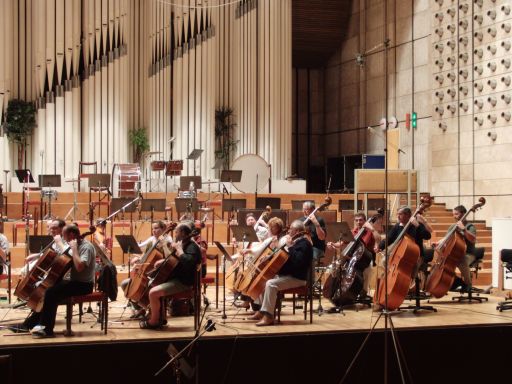 Favorite cartoon as a kid?

Max: Ever since the first recordings, we've been chomping at the bit to let the community hear it. Now that we can finally release a taste of what we've done, we can't wait to hear what people think. Music is so often a neglected part of video games that we feel great about putting more effort into it.