In the same astonishing day, Torchlight won both the Game Industry News’ RPG Game of the Year Award, and the Game Developer’s Conference Choice Award for Best Debut.

GameIndustry.com RPG Game of the Year 2009

Game Industry News prides itself on being of the people and for the people, and over 100,000 readers voted for Torchlight. Likewise, the Game Developer’s Choice Award is based on the votes of seasoned industry professionals.

“To win both of these awards is absolutely incredible, and means so much coming from our peers, our fans and friends,” said CEO Max Schaefer. “We could not be more proud of Torchlight and of our team. Our heartfelt thanks to everyone who voted and supported us.” 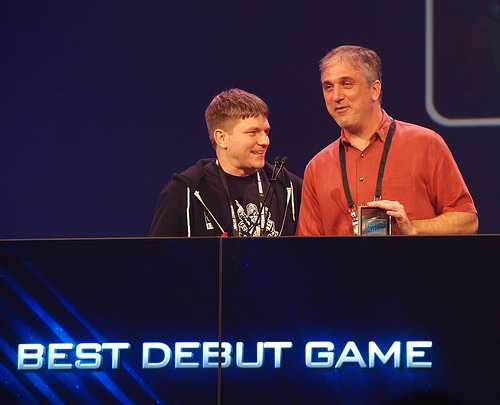 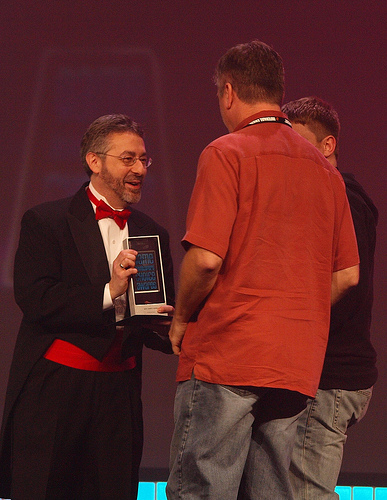 President and Project Lead Travis Baldree had this to say in his acceptance speech at GDC: “Thanks to everyone at Runic Games, the 17 people who took a huge leap and started with us just a little over a year ago, thanks to Perfect World for allowing us to do what we thought was the right thing to do, and thanks to everyone who played the game and enjoyed it, and thank you to everyone who nominated us.” 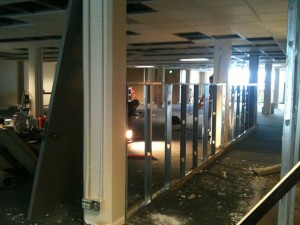 John Breeden, GiN Editor in Chief, speaking from the GiN Lounge, says this of Torchlight on the GiN Awards: “Kudos to Torchlight for going up against some of the giants in the industry and in the RPG field and winning.” He also says he’s still playing Torchlight. That’s what we like to hear!

Runic Games also wants to applaud our fellow nominees at GDC who made some amazing games: The Maw, Zeno Clash, League of Legends, and Spider: the Secret of Bryce Manor. We urge you to check them out and support them!

Thank you again to our fans, friends and friends in the press, supporters, and our publishers.